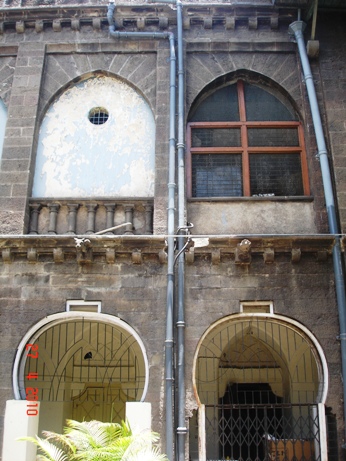 Like most of architecture from the early days of British Raj, the College of Engineering, Pune does not have a definite architectural style but is a potpourri of architectural styles. It has subtle Victorian influenced arched windows and tiled canopies, in the older parts of the college and the main tower of the administrative building however points to an indigenous inspiration with Gargoyles adorning the sharp edges of the building

Post independence, the central library, auditorium, and other departments such as Electronics, Instrumentation were added and altered and appeared to have a very contemporary design, a reminiscence of the construction in the most Indian metros in the late ‘60s or 70s.

The college structure had developed stepped, tapering cracks to the masonry, failure of arches which were visible both internally and externally. Investigations established that foundation movement over the years, alteration in the structure and weathering are some of the causes of the damage occurred. 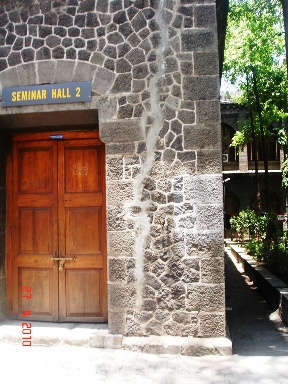 Over all Structural repairs were required, the failed arches in the elevations were to be repaired, cracks running through the height of the peripheral walls were to be stitched and corner separation were to be addressed to stop further spreading of the elevations. Certain calculations were carried out by Helifix engineers to analyse the reinforcement requirements and a final programme of strengthening was agreed with the project engineers.

Around the entire exterior of the four storey building and along the internal load bearing walls, three HeliBar were bonded into mortar beds at two different levels above the arched openings. These reinforced the brickwork, creating continuous masonry beams that helped to support and spread the structural loads.

Fully grouted CemTie were installed vertically up through the window heads and archways to reinforce and stabilise the weakened masonry. · The cracks have been filled with CrackBond TE. The last follow up at this college proves our project to be successful as there were no visible signs of the non-disruptive Helifix repairs which sympathetically and cost-effectively restored structural integrity.