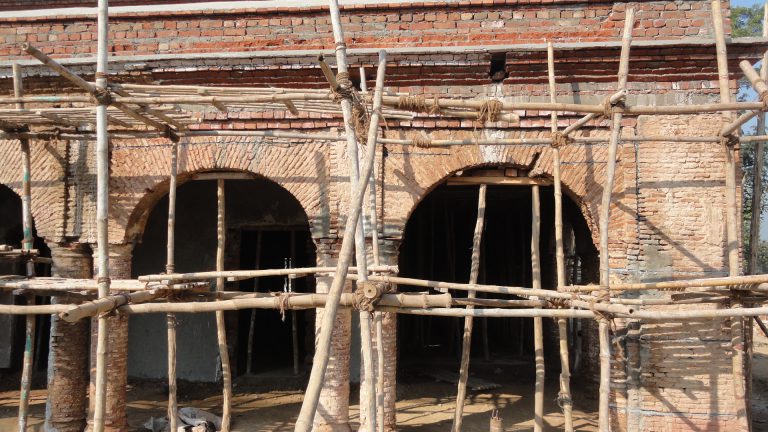 The Bassian Kothi, a 200-year-old monument of the Sikh heritage, stands for the remarkable history of the Punjab, as the last Sikh ruler, Maharaja Dalip Singh had spent a major part of his exile, in the mid-19th century. The Kothi, during colonial days was said to be torture centre for the police. Bassian Kothi has been developed into a memorial having the interpretation centre, a museum dedicated to the life of Maharaja Dalip Singh with amphitheatre, busts and statues of the last Sikh ruler.

Post independence, the central library, auditorium, and other departments such as Electronics, Instrumentation were added and altered and appeared to have a very contemporary design, a reminiscence of the construction in the most Indian metros in the late ‘60s or 70s.

The Bassian Kothi had developed stepped, tapering cracks to the masonry, failures of arches, and separations of various building corners which were visible both internally and externally. Investigations established that foundation movement over the years and weathering are some of the causes of the damage occurred. 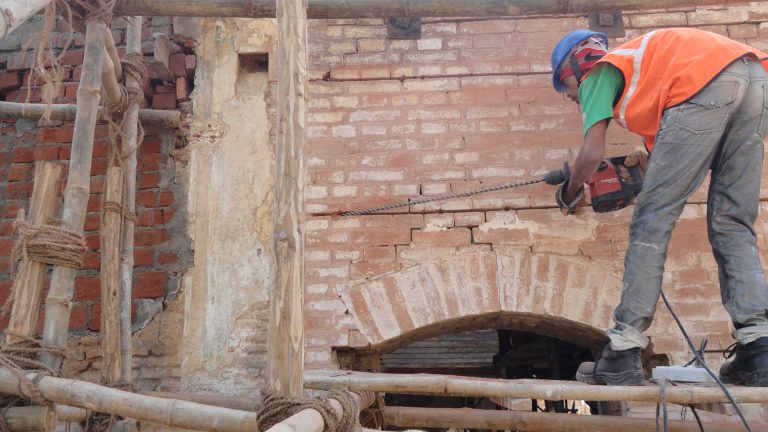 The HeliBeam System was specified as it is a proven method of creating reliable concealed repairs and has a successful record of being used on heritage buildings. · The Stepped and tapered cracks were stitched with individual HeliBar, bonded into mortar beds with HeliBond cementitious grout on both the faces internally and externally, to restore structural integrity.

The combination of 6mm HeliBar and 8mm CemTie used to strengthen the failed arches. Twin HeliBar above the arches on both the faces internally and externally and crossed CemTie in the soffit of the arches, bonded into mortar beds and drilled holes respectively with HeliBond cementitious grout, to restore structural integrity.

Twin stainless steel HeliBar were bonded into cut slots around the separated corners with HeliBond cementitious grout on both the faces internally and externally, to strengthen the masonry and avoid any further damage. · The cracks have been filled with CrackBond TE. Once the external cut slots had been repointed and the wall lime plastered there was no evidence of the crack repairs that had been carefully undertaken and the historic Kothi retained its aesthetic appeal.